Women of the White House 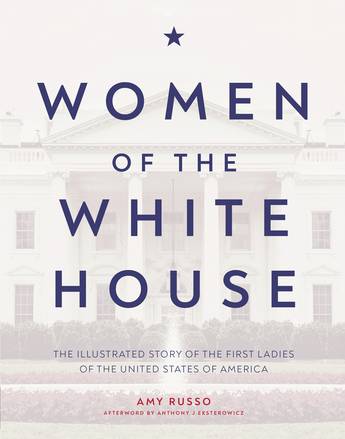 US current affairs journalist Amy Russo explores the changing face of the role of FLOTUS, and how they have influenced the policy and public perception of the White House. A timely examination of these women and why no woman has yet entered the White House as president.

Women of the White House looks at the work, lives and times of the 47 women officially recognized as America's first lady.

Through portraits, photographs, accounts and profiles, the book examines their contributions to the presidencies they supported and to the 230-year history of the role. The women who have held the position have evolved it from White House hostess to campaigner for social causes and a game-changing leadership position. A role model for the world, a powerful political player, a traditional yet modern woman - the position of first lady of the United States is many-faceted, complex and beyond high profile.

Amy Russo explores how the social platforms these women established - from Mary Todd Lincoln's work for slaves and soldiers after the Civil War to Michelle Obama's fight for girls' education - have not only made the role iconic but also shaped America.
More books by this author

Amy Russo is a writer for NBC News in New York City. She has also written for HuffPost, the New York Post and the Pulitzer Center on Crisis Reporting. Her work has appeared in USA Today and Foreign Affairs, among other publications.