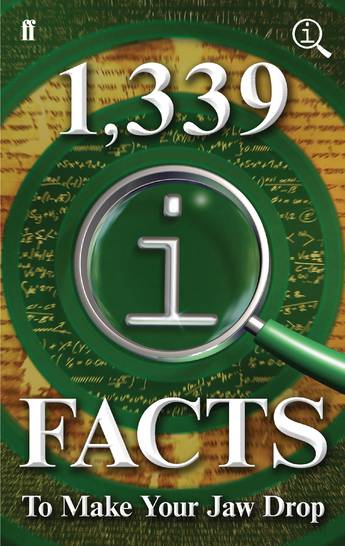 QI are back with a smorgasbord of facts even more astonishing than their last bestselling buffet sensation - 1,227 QI Facts To Blow Your Socks Off.

The QI team returns with a fresh stack of facts to astonish and enlighten.

The first computer mouse was made of wood.

If there are any facts you don't believe, or if you want to know more about them, all the sources can be found on QI's website.
More books by this author

John Lloyd is a broadcaster. He devisedThe News Quiz and To the Manor Born for radio and Not the Nine O'Clock News, Spitting Image and Blackadder for television.

John Mitchinson is from the world of books and has published The Beatles, Michael Palin and Brewer's Dictionary of Phrase and Fable. The smash-hit BBC 1 panel game QI first aired on the BBC in September 2003 with John Lloyd producing and John Mitchinson in charge of the research. There are now close to 200 editions of the programme.

James Harkin is QI's Senior Researcher and Script Editor and is one of the presenters of the number one podcast No Such Thing As A Fish.