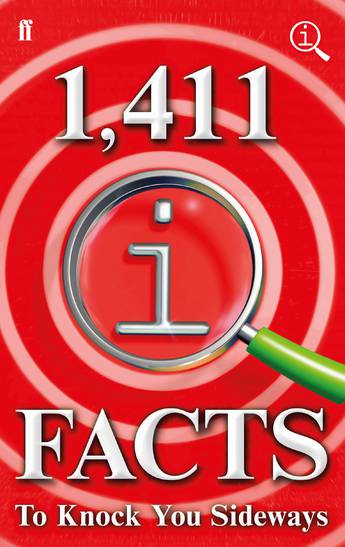 As seen on ABC TV: All-new facts from the QI team to astonish, delight and enlighten.

ALL NEW FACTS FROM THE QI TEAM!Orchids can get jetlag. Lizards can't walk and breathe at the same time. There are 177,147 ways to tie a tie. Traffic lights existed before cars. Sir Bruce Forsyth is four months older than sliced bread. The soil in your garden is 2 million years old.1,227 QI Facts blew your socks off. 1,339 QI Facts made your jaw drop. Now the QI team return with this year's groaning sack of astonishment. Prepare to be knocked sideways. If there are any facts you don't believe, or if you want to know more about them, all the sources can be found on qi.com.
More books by this author

John Lloyd devised The News Quiz and To the Manor Born for radio before moving to television to start Not the Nine O'Clock News, Spitting Image and Blackadder. John Mitchinson was the original Marketing Director of Waterstone's, became Managing Director of Cassell, where he published The Beatles, Michael Palin and Brewer's Dictionary of Phrase and Fable, and now runs Unbound. James Harkin is QI's Senior Researcher and Script Editor and is one of the presenters of the number one podcast No Such Thing As A Fish.