Home>Browse>Books>General Books>Humour & Gift>2,024 QI Facts To Stop You In Your Tracks 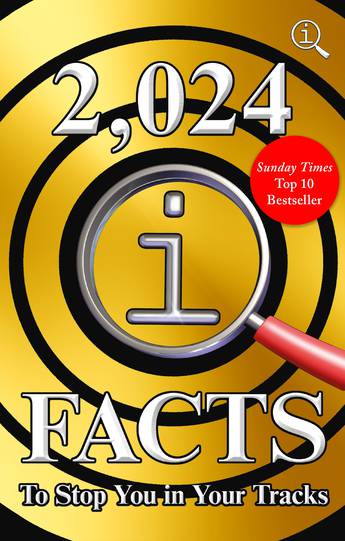 A bumper final edition of the most surprising, amazing, and hilarious facts on the planet from the clever-clogs at QI.

The mind-boggling, sock-popping, rib-tickling phenomenon that is QI have outdone themselves with this especially huge collection of facts, including:

Humans glow in the dark.
'Clinomania' is the overwhelming desire to stay in bed.
In 17th Century Japan people warmed their feet by putting chilli peppers in their socks.
Mrs Beeton published a recipe for a toast sandwich.
Wheat has over five times as much DNA as humans.
Less than 5% of the world's population lives in a genuine democracy.
The word 'school' comes from a Greek word meaning 'free time'.
Ten out of the 12 water companies in the UK still make use of divining rods.
Coral can drown.
More books by this author