A Matter of Life and Death

Or How to Wean A Man off Football 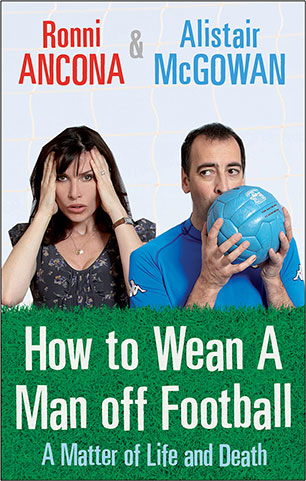 A brilliant, banter-fuelled book about the differences between men and women, from one of Britain's favourite comedy double acts.

Ronni Ancona is fed up with football: the way it dominates TV, takes over men's brains and scuppers any chance of romance. And so, for the sake of women everywhere, Ronni concocts an experiment to see if a man can be made to give up the very thing he claims he cannot live without. But who would agree to be Ronni's guinea-pig? Surely not her ex-boyfriend, Alistair McGowan, who has devoted much of his life to the game, from a childhood obsession with kicking a ball about to an adult addiction to Ceefax football pages? Over the course of a year, we follow UK TV's best-known male/female double act in a hilarious battle of the sexes. Ronni institutes replacement techniques - walks, culture and endless rounds of toast and Marmite - but what happens when a man gives up the thing he loves most? And after being 'clean' for the whole summer, will the lure of a new season break his resolve?
More books by this author

Alistair is best known to audiences for The Big Impression which was one of UK TV's top-rating comedy programmes - winning numerous awards, including a BAFTA in 2003.

Ronni Ancona was the joint winner, with Alistair for their work on The Big Impression and was named Best Actress at The British Comedy Awards in 2003. Ronni lives in London with her husband and two daughters.