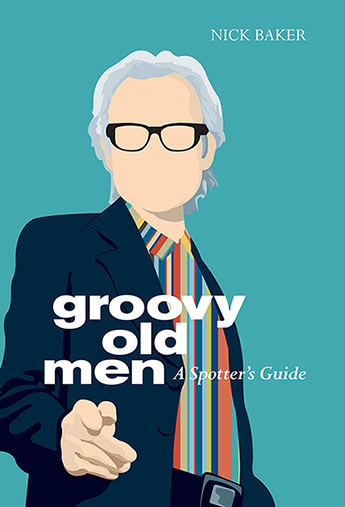 The rise of an impressive new species of older man, hilariously and perceptively charted by journalist, broadcaster and producer Nick Baker.

Groovy old men still move with the times. They are still into sex, drugs and rock 'n' roll, still work, and see age as no reason to stop having fun. They were present at the birth of youth culture in the 50s, sighing with relief at missing National Service and reeling from the impact of Bill Haley. They're now part of a new breed of older men who are, as Nick Baker brilliantly argues in this unique, funny and occasionally touching book, on the march. Groovy Old Men is packed full of interviews with experts and archetypes like Professor Laurie Taylor, designer Sir Paul Smith, radical Tariq Ali, veteran writer Ray Gosling, bioethics expert Professor John Harris and Mark Ellen, former member of Ugly Rumours, the band once led by Tony Blair. And lots of ordinary Groovy Old Men too. A humorous, entertaining and occasionally provocative commentary on older male life in the noughties, Nick Baker s book invents then dissects the Groovy Old Men phenomenon, and peers into the glamorous world of Groovy Old Men of the future.
More books by this author

Nick Baker was born in 1952 and lives in London with his partner and two teenage sons. He has been a teacher, journalist, writer for teenagers, award-winning radio reporter (he s still a familiar voice on Radio 4) and producer. He runs Testbed, a long established radio and audio independent production company.