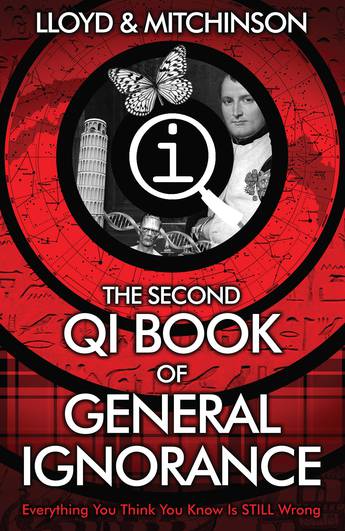 John Lloyd CBE devised The News Quiz and To the Manor Born for radio and Not The Nine O'Clock News, Spitting Image and Blackadder for television. John Mitchinson has been both bookseller and publisher and looked after authors as diverse as Haruki Murakami, The Beatles and a woman who knitted with dog hair. Together they are in charge of research for the hit BBC show QI, and have written many bestselling books, including such titles as The Book of General Ignorance, 1,227 QI Facts To Blow Your Socks Off and most recently, 1,411 QI Facts To Knock You sideways.