Wit and wisdom of an Ad Man 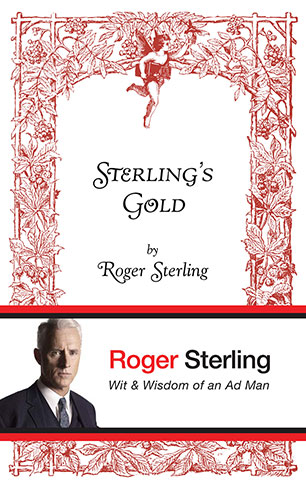 During his long and illustrious career, Sterling came into contact with all the luminaries and would-be luminaries of the advertising world, and acquired a reputation among his colleagues for his quips, barbs, and witticisms.

Being with a client is like being in a marriage. Sometimes you get into it for the wrong reasons and eventually they hit you in the face.

When a man gets to a point in his life when his name's on the building, he can get an unnatural sense of entitlement.

Remember, when God closes a door, he opens a dress.

A collection of gems from the fabulously droll Roger Sterling that will have you reaching for that martini and wilfully falling into the world of 1960s Madison Avenue, the world of the 'mad men'.
More books by this author