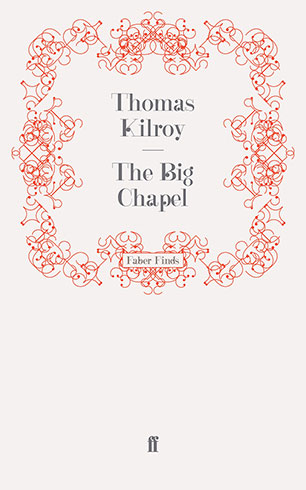 The Big Chapel was shortlisted for the 1971 Booker Prize and winner of 1971 The Guardian Fiction Prize. It is a novel about a man, a family and a town. Basing his work upon a notorious clerical scandal of Victorial Ireland, Thomas Kilroy has written an anatomy of religius violence that remains relevant. In scenes that range from the private and lyrical to the panorama of a whole community in convulsion he draws upon a deep knowledge of the history and folklore of nineteenth-century Ireland. While there is a great deal of humour in The Big Chapel it is, finally, a work of grave tragic proportions. It is the characters however that remain longest in the memory. Father Lannigan, the anguished demagogue, the man haunted by the implications of his own revolution. Emerine Scully, a man unable to choose, at a time when all men are faced by choice. And Horace Percy Butler, Landlord and Amateur Scientist, a comic, tragic character who is quite unlike anyone else in Irish fiction. The novel is punctuated with extracts from Butler's journal which is itself a remarkable tour de force.
More books by this author

Thomas Kilroy has written fifteen plays. They include The Death and Resurrection of Mr.Roche, The Secret Fall of Constance Wilde and The Shape of Metal. He has written a number of adaptations of Chekhov, Ibsen, Pirandello and Wedekind. He was a member of the board of Field Day Theatre for which he wrote two plays, Double Cross and The Madame MacAdam Travelling Theatre. His one novel, The Big Chapel, was shortlisted for the 1971 Booker Prize and winner of The Guardian Fiction Prize for the same year. In the 2004 Irish Times Theatre Awards he received a Special Tribute Award for his contribution to theatre. In February 2008 he was presented with the PEN Ireland Cross Award for his contribution to literature.