The Childhood of Edward Thomas 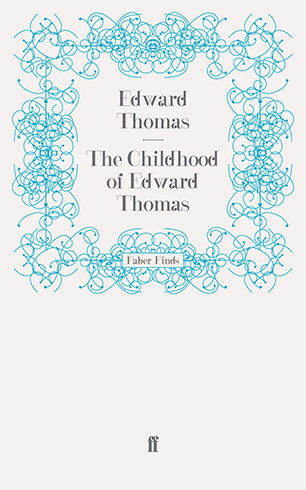 Killed at Arras in 1917, Edward Thomas left behind him a short, vivid history of his own early life, covering the period from his birth to his entry into St Paul?s. Though a fragment, in many senses it is far more: in the words of its author ?no less than an autobiography ? an attempt to put down on paper what [this author] sees when he thinks of himself from 1878 to about 1895.? The Childhood of Edward Thomas was not published until 1938, over two decades after Thomas originally showed the manuscript to a publisher. Those eventual publishers, Faber and Faber, were building on their release two years earlier of Thomas?s Collected Poems, for which he was becoming best known. This edition includes Edward Thomas's 'War Diary,' a record of the last three months of his life when, as an elderly ? at thirty-eight ? subaltern he fought among the misery of the trenches. To witness Thomas?s childhood memoir and wartime diaries in such close proximity is to have a moving incarnation of his distinctive voice, its clarity and - even in war - its unfailing attention to his fellow-creatures.
More books by this author

Edward Thomas was born in Lambeth, London, in 1878, and educated at St Paul's College and Lincoln College, Oxford. Though his reputation is built on his poetry - which he took up at the suggestion of his friend Robert Frost - he was also a prolific writer of prose, much of it dedicated to capturing his love of the English countryside. Thomas voluntarily enlisted in the Artists' Rifles in 1915 and was commissioned into the Royal Garrison Artillery in 1916. He was killed in action at Arras on 9 April 1917. He is buried in France and commemorated in Westminster Abbey.