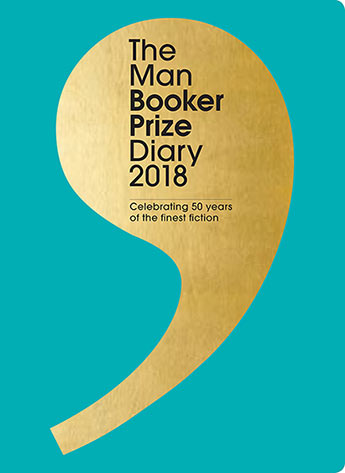 An illustrated celebration of 50 years of the Man Booker Prize.

The Man Booker Prize celebrates 50 years of unforgettable literary triumphs with an illustrated week-to-view diary of prizewinning, first-edition covers. Launched in 1969, the Man Booker Prize aims to promote the finest in fiction by rewarding the best novel of the year written in English and published in the United Kingdom. From the very first winner PH Newby's Something to Answer For, to Paul Beatty's 2016 runaway success The Sellout, each week is illuminated by a book that stands enshrined in the illustrious Man Booker history.

Helena Kennedy, QC is a British barrister, broadcaster, and Labour member of the House of Lords. She is one of Britain's most distinguished lawyers and has spent her professional life giving voice to those who have least power within the system, championing civil liberties and promoting human rights. She has also written and broadcast on a wide range of issues, from medical negligence to terrorism to the rights of women and children.