The Poetry of W. B. Yeats 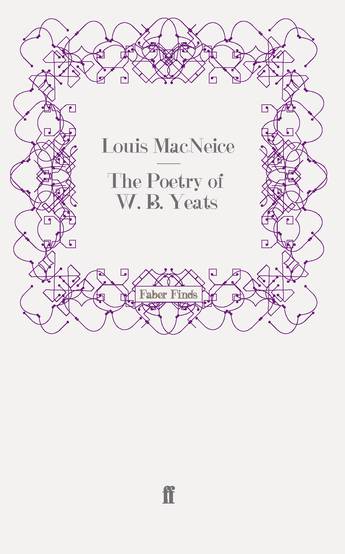 The poet Louis MacNeice's pioneering critical study of W. B. Yeats was undertaken in 1939, shortly after the death of Yeats, and published early in 1941, in time of war - as an attempt to disentangle MacNeice's own feelings about the elder poetic statesman and compatriot, but also to investigate the reality of poetry at a historical moment when its uses seemed most tenuous. As Richard Ellmann remarked: 'MacNeice's book on Yeats is still as good an introduction to that poet as we have, with the added interest that it is also an introduction to MacNeice. It discloses a critical mind always discontented with its own formulations, full of self-questionings and questionings of others, scrupling to admire, reluctant to be won. Yet mistrust of Yeats is overcome by wary approval, in a rising tone of endorsement.' MacNeice's study succeeded in delineating those aspects of Yeats that remain central to discussion of the poet today.
More books by this author