A Journey Deeper into Dining Hell 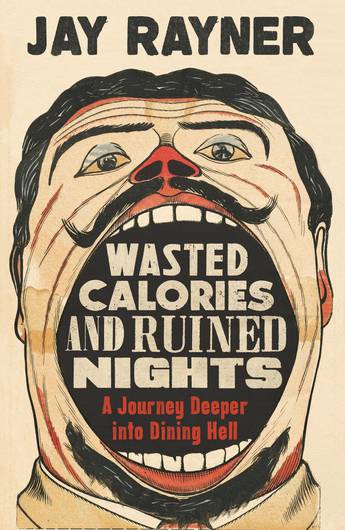 Featuring a new introduction by the author.

Jay Rayner isn't just a trifle irritated. He is eye-gougingly, bone-crunchingly, teeth-grindingly angry. And admit it - that's the only reason you're here, isn't it?

Because you don't really want to hear his eulogies about the finest dining experiences known to man, do you? You want him to suffer abysmal meals - preferably at eye-watering prices - so that you can gorge on the details and luxuriate in vicarious displeasure.

Well, feast your eyes. Revel in Jay's misfortune as he is subjected to 'gummy condiments full of machismo and casual violence' and 'gravy like an episode of Downton Abbey'. He hopes you enjoy reading his accounts of these twenty miserable meals a damn sight more than he didn't enjoy experiencing them.
More books by this author

Jay Rayner is an award-winning writer, journalist and broadcaster with a fine collection of shirts. He has written on everything from crime and politics, through cinema and theatre to the visual arts, but is best known as the restaurant critic for the Observer. For a while he was a sex columnist for Cosmopolitan; he also once got himself completely waxed in the name of journalism. He only mentions this because it hurt. Jay is a former Young Journalist of the Year, Critic of the Year and Restaurant Critic of the Year, though not all in the same year. In 2018 he was named Restaurant Writer of The Year in the Fortnum and Mason Food and Drink Awards. Somehow, he has also found time to write four novels and five works of non-fiction. He performs live all over the country, both with his one man shows and as a pianist with his jazz ensemble, The Jay Rayner Quartet. He is a regular on British television, where he is familiar as a judge on MasterChef and, since 2012 has been the chair of BBC Radio 4's food panel show The Kitchen Cabinet. He likes pig.