London's Affair with the Routemaster 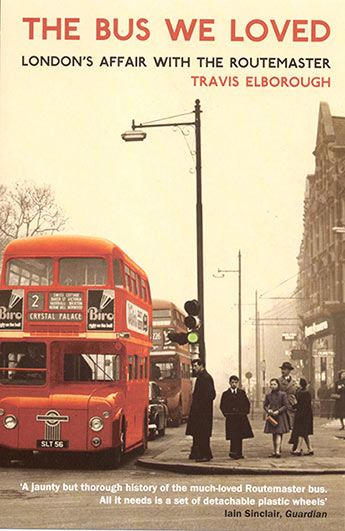 The story of the routemaster's invention, rise and decline, of the people who worked on it, and of the enthusiasts who were mad about it. The streets will never be the same again

In December 2005, London lost one its most famous symbols: the Routemaster bus - a bus designed and made in London, by Londoners for Londoners, which was to London what the gondola is to Venice. In terms of postcards, books, films, and cheap souvenirs, and in the eyes of the world, the Routemaster represented the city just as much as Big Ben. It was the last bus to be have conductors as well as drivers, the last bus to ring familiar shouts that are at least a century old: 'Fares please, Full up inside but room on top, Next stop the British Museum!' The last bus, in other words, to be a proper bus.
More books by this author

Travis Elborough is a former bookseller and freelance journalist. He reviews for the Guardian, and has contributed to the Sunday Times, Zembla and The Oldie. He lives in London.