Gender Equality and How to Achieve It 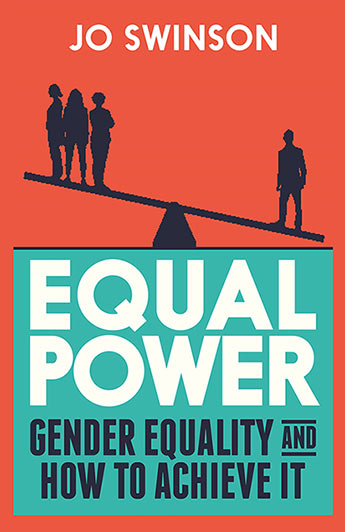 A practical call to arms that challenges the persistent inequality of power between men and women.

Why is gender inequality so stubbornly persistent? Power. Even today, power remains concentrated in the hands of men right across the worlds of business, politics and culture. Decisions taken by those with power tend to perpetuate gender inequality rather than accelerate solutions. And those who see the problem often feel powerless: ingrained sexism and gender inequality can seem too huge to solve.

Equal Power holds a mirror up to society, showing the stark extent of gender inequality while making the case that everyone has the power to create change. Whether you are a teenage student, a global CEO or a taxi driver, there is much we can do as friends, consumers, parents and colleagues to create a world of Equal Power. In this inspiring and essential book, deputy leader of the Liberal Democrats and former Government Minister for Women Jo Swinson outlines the steps we can all take, small and large, to make our society truly gender equal.
More books by this author More books in this series

Jo Swinson is a Member of Parliament, and deputy leader of the Liberal Democrats. From 2012 to 2015 she served as a Government Minister in the Department for Business, Innovation and Skills (BIS), and Minister for Women and Equalities. Her achievements included introducing shared parental leave and legislating to require gender pay gap reporting. First elected at the age of 25, Jo represented her home seat of East Dunbartonshire for a decade until 2015. She wrote Equal Power while out of Parliament, before regaining her seat in the 2017 election.