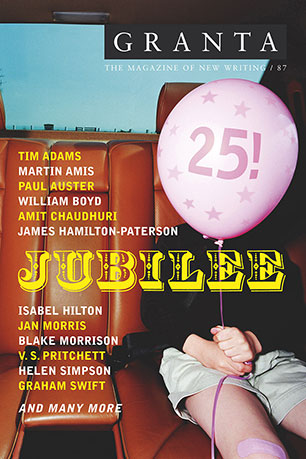 Marking the 25th anniversary of Granta magazine, Granta 87: Jubilee features new work by the writers who made it's name.

Meanwhile Geoff Dyer searches for the sea in West Texas, Philip Gourevitch wonders why we commemorate genocide, and Wendall Stevenson reports from the resistance in Baghdad.