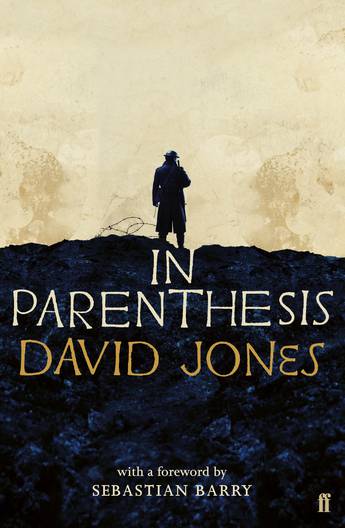 Introduced by Sebastian Barry: a trade edition of David Jones's masterwork of the First World War, aimed at a fiction audience.

With an introduction by Sebastian Barry

In Parenthesis is loved by many as one of the great verse works of the Great War: but it is unique in being also one of the great prose works on the subject. This edition, aimed at readers of fiction unfamiliar to Jones's writing, seeks to share the triumphantly original, genre-defying master-work of 'the 20th century's great neglected genius' (Spectator).
More books by this author

David Jones (1895-1974) was born in Kent. In 1915, then an art student, he went to war with the Royal Welsh Fusiliers, where he fought in the battles of the Somme and Ypres. In 1922 he began a long association with the artist Eric Gill. In Parenthesis, based on Jones's experiences in World War I, was published in 1937, followed in 1952 by The Anathemata and The Sleeping Lord in 1974. David Jones's works are exhibited at the Tate Museum and the National Museum of Wales.