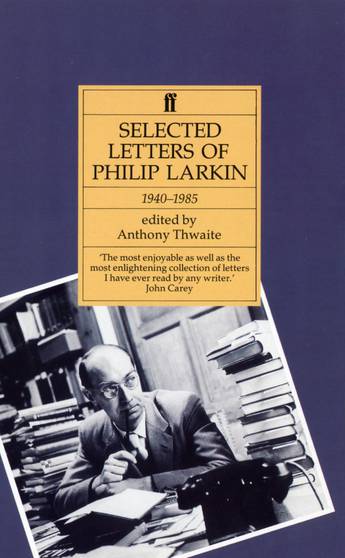 Download cover
Availability: Not available to order from this website, please try another retailer
The enormous popular appeal of Philip Larkin's poetry has long been established; but oddly little is known to his admiring public about the personality behind the work.The Selected Letters will change this, throwing light on a more complex, and in many ways more remarkable, figure than most readers will be expecting. Whether addressing his literary friends - who included Barbara Pym, Kingsley Amis and John Betjeman - or those less prominently placed, Larkin shows himself to have been one of the frankest and most generously entertaining letter-writers of the century.Confessions, jokes, advice, scurrilities, pronouncements on literature and jazz, impromptu verses published here for the first time, gossip and wisdom abound in these pages. They give an astonishing view of a great poet's progress from brash youth to rueful age, and, in complementing the poems, provide a biographical document that no serious reader can afford to ignore.
More books by this author

Philip Larkin was born in Coventry in 1922 and was educated at King Henry VIII School, Coventry, and St John's College, Oxford. As well as his volumes of poems, which include The Whitsun Weddings and High Windows, he wrote two novels, Jill and A Girl in Winter, and two books of collected journalism: All What Jazz: A Record Library, and Required Writing: Miscellaneous Prose. He worked as a librarian at the University of Hull from 1955 until his death in 1985. He was the best-loved poet of his generation, and the recipient of innumerable honours, including the Queen's Gold Medal for Poetry, and the WHSmith Award.