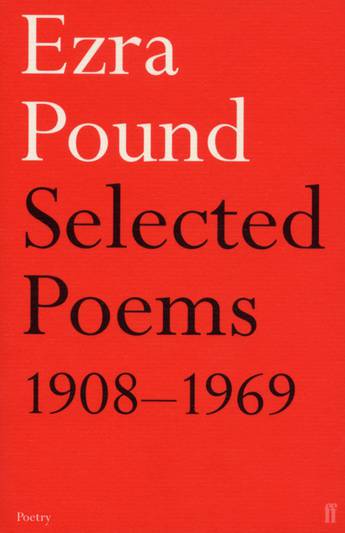 Download cover
Availability: Not available to order from this website, please try another retailer
This selection provides an excellent introduction to Ezra Pound s poetry for the general reader, and for the student of contemporary literature. It takes the place of the pioneer edition edited by T. S. Eliot which was published in 1928. A representative group of early poems is included; Hugh Selwyn Mauberley, Cathay and Homage to Sextus Propertius are printed complete; and there is a selection from the Cantos up to and including Drafts & Fragments (1969).
More books by this author

Ezra Pound was born in 1885 in Hailey, Idaho. He came to Europe in 1898 and settled in London, where he was to meet Yeats, Eliot, Ford, Hulme and Gaudier-Brzeska. In 1920 he moved to Paris, and later to Rapallo. His acquaintances by now included Joyce, Hemingway, Brancusi, Picabia, Cocteau, Antheil and C. H. Douglas. During the Second World War he broadcast over Rome Radio - for which, eventually, he was tried for treason in Washington. He was committed to a hospital for the insane, where he was held for thirteen years. He was released in 1958 and returned to Italy, dying in Venice in 1972.His main publications include The Cantos (I-CXVII), Collected Shorter Poems, Translations, The Confucian Odes, Literary Essays, Guide to Kulchur; Selected Prose and ABC of Reading.