The Faber Book of Beasts 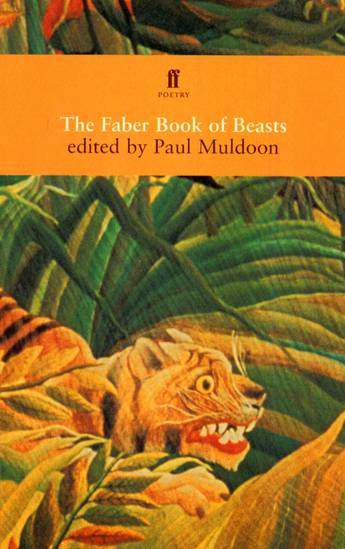 Download cover
Availability: Not available to order from this website, please try another retailer
'Centuries of attention and revelation are on display in this loving anthology, with the best of poets realising some of their finest work.an anthology that manifests taste, reconnaissance, and generosity.' Christopher Ricks, Sunday Times

'Everyone can applaud this generous and intelligent round-up of old favourites, new juxtapositions, and poems we mightn't know about.' William Scammell, Independent on Sunday

Paul Muldoon was born in Portadown in county Armagh in 1951. He read English at Queen's University, Belfast, and while he was at university Faber published his first collection of poems, New Weather. For several years he was a radio producer for BBC Northern Ireland. He moved to the USA in 1987 and has held various university teaching posts, most recently Director of the Creative Writing Program at Princeton University, where he is Howard G. B. Clark Professor in the Humanities. In 1999 he was elected Professor of Poetry at Oxford University. He has won many awards and prizes, including the Geoffrey Faber Memorial Prize in 1991, the T. S. Eliot Award for The Annals of Chile in 1995, the American Academy of Arts and Letters Award for Literature in 1996, and the Irish Times Irish Literature Prize for his New Selected Poems in 1997. In 2003 he was awarded the Pulitzer Prize for Poetry for his collection Moy Sand and Gravel.