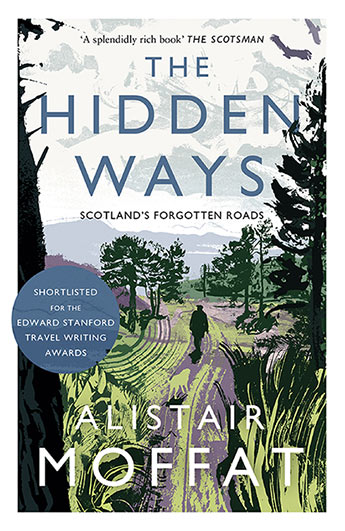 Now in paperback: A powerful, surprising exploration of Scotland's landscape and its hidden history.

In The Hidden Ways, Alistair Moffat traverses the lost paths of Scotland - its Roman roads tramped by armies, its warpaths and pilgrim routes, drove roads and rail roads, turnpikes and sea-roads - in a bid to understand how our history has left its mark upon our landscape. As he retraces the forgotten paths that shaped and were shaped by the lives of the now forgotten people who trod them, Moffat charts a powerful, surprising and moving history of Scotland.
More books by this author

Alistair Moffat was born in Kelso, Scotland in 1950. He is an award-winning writer, historian and Director of Programmes at Scottish Television, former Director of the Edinburgh Festival Fringe, and former Rector of the University of St Andrews. He is the founder of Borders Book Festival and Co-Chairman of The Great Tapestry of Scotland.