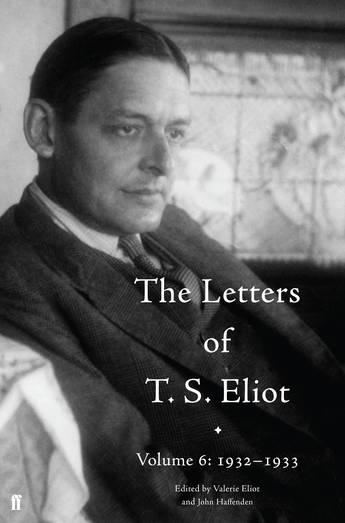 The Letters of T. S. Eliot series provides a vivid and personal documentation of T. S. Eliot's most crucial years, both in his private and public life.

Despairing of his volatile, unstable wife, T. S. Eliot, at 44, resolves to put an end to the torture of his eighteen-year marriage. He breaks free from September 1932 by becoming Norton Lecturer at Harvard. His lectures will be published as The Use of Poetry and the Use of Criticism (1933). He also delivers the Page-Barbour Lectures at Virginia (After Strange Gods, 1934). At Christmas he visits Emily Hale, to whom he is 'obviously devoted'. He gives talks all over - New York, California, Missouri, Minnesota, Chicago - and the letters describing encounters with F. Scott Fitzgerald, Edmund Wilson and Marianne Moore ('a real Gillette blade') brim with gossip. High points include the premiere at Vassar College of his comic melodrama Sweeney Agonistes (1932). The year 'was the happiest I can ever remember in my life . . . successful and amusing.' Returning home, he hides out in the country while making known to Vivien his decision to leave her. But he is exasperated when she buries herself in denial: she will not accept a Deed of Separation. The close of 1933 is lifted when Eliot 'breaks into Show Business'. He is commissioned to write a 'mammoth Pageant': The Rock. This collaborative enterprise will be the proving-ground for the choric triumph of Murder in the Cathedral (1935).
More books by this author More books in this series

John Haffenden is Emeritus Professor of English Literature at the University of Sheffield, Senior Research Fellow of the Institute of English Studies, University of London, and a Fellow of the British Academy. His publications include a biography of the American poet John Berryman; editions of the works of William Empson including the Complete Poems (2000); and an award-winning two-volume biography of Empson (2005, 2006). He was General Editor of Letters of T. S. Eliot, volumes 1, 2 (2009), 3 (2012) and 4 (2013).