The Mathematics of the Breath and the Way 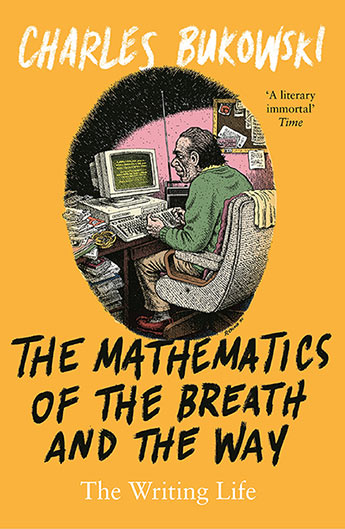 A previously unpublished collection of work on the art of writing - by one of the twentieth century's greatest writers.

In The Mathematics of the Breath and the Way, Charles Bukowski considers the art of writing, and the art of living as writer. Bringing together a variety of previously uncollected stories, columns, reviews, introductions, and interviews, this book finds him approaching the dynamics of his chosen profession with cynical aplomb, deflating pretensions and tearing down idols armed with only a typewriter and a bottle of beer.

From numerous tales of the author's adventures at poetry readings, parties, film sets, and bars, to an unprecedented gathering of Bukowski's singular literary criticism, the author discusses his writing practices and his influences. The Mathematics of the Breath and the Way is a perfect guide to the man behind the myth and the disciplined artist behind the boozing brawler.
More books by this author

Charles Bukowski is one of America's best-known contemporary writers of poetry and prose, and, many would claim, its most influential and imitated poet. At the forefront of American counter-culture, his Beat Generation writing is widely celebrated. He was born in Germany in 1920 to an American soldier father and a German mother and was brought to the United States at the age of three. He grew up in Los Angeles and lived there for the majority of his life.

During his lifetime he published more than forty-five books, including novels such as Factotum, Post Office and Ham on Rye. He died in 1994 shortly after completing his last novel, Pulp.