The Poems of T. S. Eliot Volume I 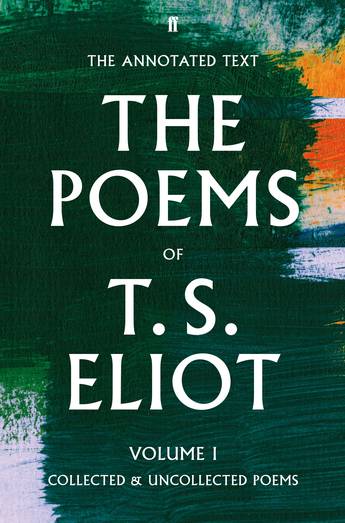 Authoritative edition of one of our greatest poets - now in paperback.

This critical edition of T. S. Eliot's Poems establishes a new text of the Collected Poems 1909-1962, rectifying accidental omissions and errors that have crept in during the century since Eliot's astonishing debut, The Love Song of J. Alfred Prufrock. As well as the masterpieces, the edition contains the poems of Eliot's youth which were rediscovered only decades later, others that circulated privately during his lifetime, and love poems from his final years, written for his wife Valerie Eliot. Calling upon Eliot's critical writings, as well as his drafts, letters and other original materials, Christopher Ricks and Jim McCue have provided a commentary which illuminates the imaginative life of each poem.

This first volume respects Eliot's decisions by opening with his Collected Poems 1909-1962 as he arranged and issued it, shortly before his death. This is followed by poems uncollected but either written for or suitable for publication, and by a new reading text of the drafts of The Waste Land.

The second volume opens with the two books of verse of other kinds that Eliot issued, Old Possum's Book of Practical Cats and his translation of St.-John Perse's Anabase. Different again are the verses informal, improper or clubmanlike. Each of these sections has its own commentary. Finally, pertaining to the entire edition, there is a textual history which contains not only variants from all known drafts and the many printings but also extended passages amounting to hundreds of lines of compelling verse.
More books by this author

Christopher Ricks's publications on Eliot include T. S. Eliot and Prejudice (1988), Inventions of the March Hare: Poems 1909-1917 (1996), and Decisions and Revisions in T. S. Eliot (the Panizzi Lectures, 2002), together with True Friendship: Geoffrey Hill, Anthony Hecht and Robert Lowell Under the Sign of Eliot and Pound (2007).