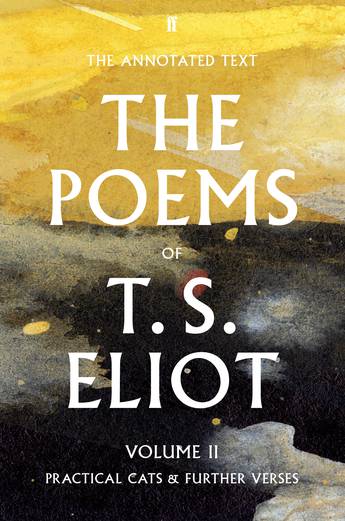 Authoritative edition of one of the greatest poets of our age - now in paperback.

This critical edition establishes a new text of the Collected Poems 1909-1962, rectifying accidental omissions and errors. As well as the masterpieces, it contains the poems of Eliot's youth which were rediscovered only decades later, others that circulated privately during his lifetime, and love poems from his final years, written for his wife Valerie Eliot. Calling upon Eliot's critical writings, as well as his drafts, letters and other original materials, Christopher Ricks and Jim McCue have provided a commentary which illuminates the imaginative life of each poem.
More books by this author

Christopher Ricks's publications on Eliot include T. S. Eliot and Prejudice (1988), Inventions of the March Hare: Poems 1909-1917 (1996), and Decisions and Revisions in T. S. Eliot (the Panizzi Lectures, 2002), together with True Friendship: Geoffrey Hill, Anthony Hecht and Robert Lowell Under the Sign of Eliot and Pound (2007).