Wars of the Interior 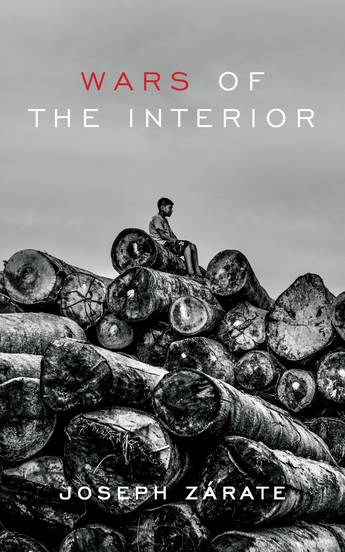 A searing account of the struggle between the indigenous people of the Amazon and hungry global industries of gold, wood and oil.

When you fill up your car, install your furniture or choose a wedding ring, do you ever consider the human cost of your consumables?

There is a war raging in the heartlands of Peru, waged on the land by the global industries plundering the Amazon and the Andes. In Saweto, charismatic activist Edwin Chota returns to his ashaninka roots, only to find that his people can't hunt for food because the animals have fled the rainforest to escape the chainsaw cacophony of illegal logging. Farmer Maxima Acuna is trying to grow potatoes and catch fish on the land she bought from her uncle - but she's sitting on top of a gold mine, and the miners will do anything to prove she's occupying her home illegally. The awajun community of the northern Amazon drink water contaminated with oil; child labourer Osman Cunachi's becomes internationally famous when a photo of him drenched in petrol as part of the clean-up efforts makes it way around the world.

Joseph Zarate's stunning work of documentary takes three of Peru's most precious resources - gold, wood and oil - and exposes the tragedy, violence and corruption tangled up in their extraction. But he also draws us in to the rich, surprising world of Peru's indigenous communities, of local heroes and singular activists, of ancient customs and passionate young environmentalists. Wars of the Interior is a deep insight into the cultures alive in the vanishing Amazon, and a forceful, shocking expose of the industries destroying this land.
More books by this author

Jospeh Zarate received the Gabriel Garcia Marquez Award in 2018 and the Ortega y Gasset Prize in 2016. He has served as deputy editor of the magazines Etiqueta Negra and Etiqueta Verde and was awarded a 2018 Ochberg Fellowship by the Dart Center for Journalism and Trauma of the School of Journalism at Columbia University in New York. Wars of the Interior was named one of the best books of 2018 by the New York Times in Spanish, Forbes Mexico and by Deutsche Welle.

Annie McDermott's translations from Spanish and Portuguese include Dead Girls by Selva Almada, Empty Words by Mario Levrero, Feebleminded by Ariana Harwicz (with Carolina Orloff) and City of Ulysses by Teolinda Gersao (with Jethro Soutar). She has previously lived in Mexico and Brazil, and is now based in London.