Australia's greatest war heroes and how they won their medals 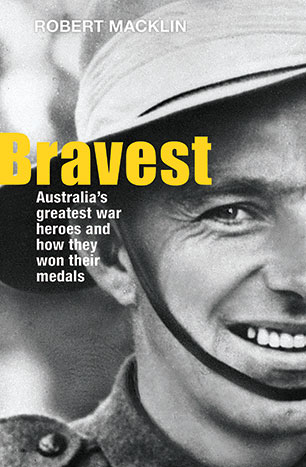 From the Boer War to the war in Vietnam, Bravest tells the story of 15 Australian war heroes and how they won the highest medals awarded for bravery.

But what is it that makes these remarkable soldiers risk everything in defence of their country and their mates? Noted biographer Robert Macklin tells the inspirational story of fifteen Australian recipients of the Victoria and George Crosses, from Neville Howse in South Africa in 1900 to the heroes of the Great War such as Albert Jacka, 'Diver' Derrick in the Second World War, and Keith Payne in Vietnam in 1969.

'An excellent book on a subject that has understandably retained public interest over the years.' - Steve Gower, Director, Australian War Memorial
More books by this author

Robert Macklin is a journalist and now full-time author who has written a number of books including The Man Who Died Twice (with Peter Thompson), Backs to the Wall (with G.D. Mitchell) and Fire In The Blood for Allen + Unwin.