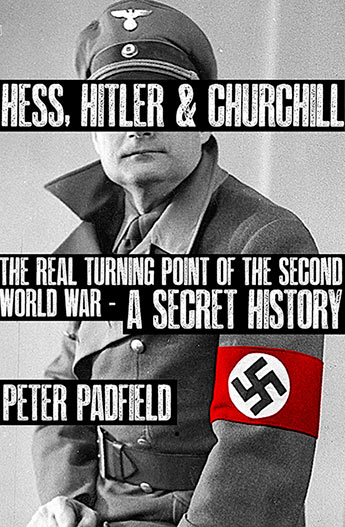 A startling, revelatory history of Hess' 1941 flight to Scotland, containing new evidence of a British conspiracy to suppress his Hitler-authorised peace mission.

Hess' peace mission to Britain in May 1941 remains one of the Second World War's greatest mysteries. As this book reveals, far from being a disillusioned renegade, he had Hitler's backing - recently discovered Soviet archives confirm it.

Award-winning historian Peter Padfield unearths evidence revealing that Hess carried a draft peace treaty committing Hitler to the evacuation of occupied European countries. Made public, this would have destroyed Churchill's campaign to bring the US into the war. The treaty remains suppressed, final proof of a continuing official cover-up on Hess' mission.

Pacey and authoritative, touching on Lord (Victor) Rothschild and the Cambridge spy ring, British foreknowledge of Operation Barbarossa and the Final Solution, MI6's use of Hess to prevent the bombing of London, and much more, few history books published this year will be as important.
More books by this author

Peter Padfield is an award-winning naval and Nazi-period historian whose most recent books were the Maritime Supremacy trilogy (John Murray), awarded the Mountbatten Maritime Prize.