In Action with the SAS 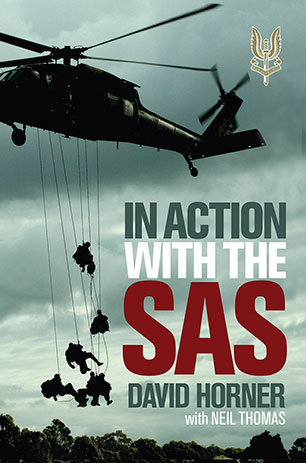 Thrilling examination of some of the actions the SAS has been involved in up to and including its service in East Timor.

The SAS is a disciplined and elite force. The men in this force are trained to operate deep behind enemy lines to conduct surveillance and reconnaissance operations, usually in very close proximity to the enemy and are often involved in violent actions with that enemy.

In Action with the SAS is based on the classic work SAS: Phantoms Of War by David Horner. It describes some of the actions in which the SAS has been involved up until and including its service in East Timor.
More books by this author

David Horner is one of Australia's leading military historians and writers. Neil Thomas is an editor who has worked on many of Allen + Unwin's successful military titles.