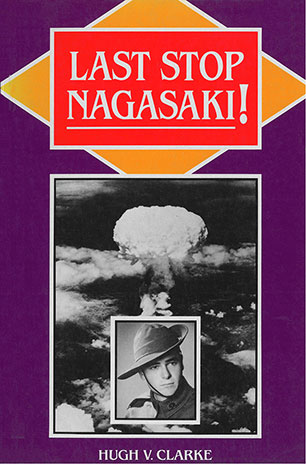 This is the remarkable story of Australian prisoners of war who survived the atomic bombing of Nagasaki. There were 24 Australian POWs in a camp less than 2 kilometres from the epicentre of the blast, and 2 other Australians were imprisoned in a camp 8 kilometres away. How they came to be there, endured their imprisonment, and survived a nuclear attack, is the inspiring story told in this book.

''What I saw was apparently three white parachutes in a triangular fashion about 60 degrees elevation. Suddenly there was a brilliant flash like a photographer's magnesium flash. Instinctively, I dropped to the ground beside a kerbing at the side of the alleyway. Then came the blast with a deafening bang and I felt as though I had been kicked in the guts. I found myself gasping for breath, pinned under a lot of rubble and unable to see. The world was black.''

''When we looked up, it looked like the end of the world was coming as the sun appeared to be falling towards the earth.''

This is the remarkable story of the Australian prisoners of war who survived the atomic bombing of Nagasaki. When 'Fat Boy' was dropped, in August 1945, there were 24 Australian POWs in a camp less than two kilometres from the epicentre of the blast. Two other Australians were imprisoned in a camp eight kilometres away.

How they came to be there, how they endured their imprisonment, how they survived a nuclear attack, is the inspiring story told in this book.

This is the story of bombardier Hugh Clarke and his mates. Through it, often in their own words, a remarkable group of men tell us what they witnessed that sunny morning in 1945.

But they tell a great deal more - the conditions within the camp, the courage of their fellow POWs, the unceasing battle for survival.

Sometimes with humour, often with sadness, Last Stop Nagasaki! recounts the days leading up to the horrific birth of the Nuclear Age.
More books by this author

Hugh V. Clarke was a bombardier with the 2/10th Field Regiment, 8th Division, became a prisoner of war after the fall of Singapore, and was one of several Australians imprisoned in Nagasaki when the atomic bomb was dropped. Clarke's other books of military history include A life for every sleeper: A pictorial record of the Burma-Thailand railway and Twilight liberation: Australian prisoners of war between Hiroshima and home.

2 The new world of Nagasaki

4 A ship is launched

5 The coldest Christmas for seventy years

7 The atomic bomb on Nagasaki

8 Prisoners of war under the bomb

9 The last days in Nakama coal mine

10 The end at Fukuoka