The Encyclopaedia of Australia's Battles 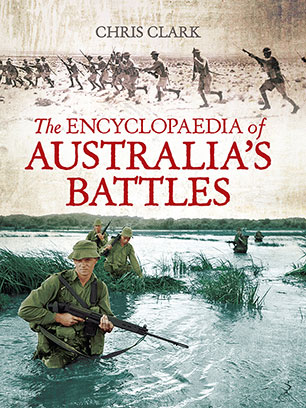 This definitive encyclopaedia describes all the major battles in which Australians have fought over more than 200 years up-dated to include Australia's involvements in the Middle East and Afghanistan.

'Deserves a place with the other standard encyclopaedias Australians keep on their shelves. It will be a valued travelling companion for visitors to the battlefields of Europe, the Middle East and the Pacific.' - Professor Robert O'Neill, Oxford University

'I have used this book often, finding it to be a valuable, comprehensive and reliable guide to Australian battles over the past two centuries.' - David Horner, Professor of Australian Defence History, Australian National University

The Encyclopaedia of Australia's Battles contains concise descriptions of all the major battles that have taken place in Australia or in which Australians have been involved over more than 200 years - from frontier clashes between Aborigines and Europeans, participation by colonial forces in Britain's small wars in the 19th century, through to the World Wars and other conflicts of the 20th century, up to and including involvement in East Timor.

Arranged chronologically, over 300 battles are detailed - at sea, on the ground and in the air. A ready reference is provided, listing the date and location of each event, and the main units and commanders involved. Based on studies of historical records and first-hand accounts, and illustrated with explanatory maps, contemporary drawings and photographs of the fighting in progress, a concise and readable account of the course of the battle and its outcome is given.

Compiled by one of Australia's leading historians, The Encyclopaedia of Australia's Battles is both an invaluable reference for the military specialist and an illuminating guide for general readers unaware of the breadth and history of the Australian experience of combat.
More books by this author

Chris Clark is one of Australia's leading military historians. A graduate of the Royal Military College, Duntroon, he left the Army and worked as a policy analyst in several Commonwealth government departments beforereceiving a PhD degree from the Australian Defence Force Academy in 1991.