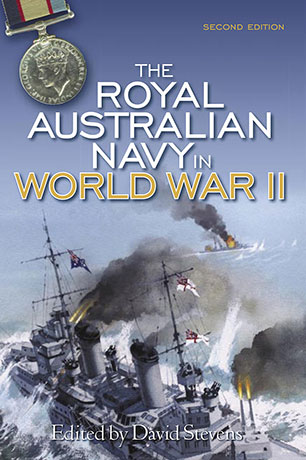 The definitive account of the part the Royal Australian Navy played in the Second World War.

With new material provided by leading naval historians from Australia and overseas, this revised edition of The Royal Australian Navy in World War II more fully examines the part the Royal Australian Navy played throughout six years of global conflict. Drawing on recently released official documents and the latest scholarly research, new light is shed on the vital importance of Australia's role in maritime campaigns in every theatre.

The coverage ranges from the exploits of individual ships and men to the broad issues of strategy and naval policy. In lively accounts of operations ranging from the Atlantic through the Mediterranean and to the Pacific, both the triumphs and tragedies of war at sea are critically considered. The home front, too, is not neglected and the essential contributions of women and industry are analysed in detail.

Illustrated with many previously unpublished photographs, The Royal Australian Navy in World War II goes far towards encapsulating Australia's naval war in one volume.
More books by this author

A former naval officer, David Stevens is a graduate of the University of New South Wales and the Australian National University, and is currently Director of Strategic and Historical Studies within the Sea Power Centre - Australia. He has written and edited several books on maritime strategy and naval history.

3 The Royal Australian Navy in the Mediterranean - Eric Grove 37