The Untold Story of the Attack in Benghazi 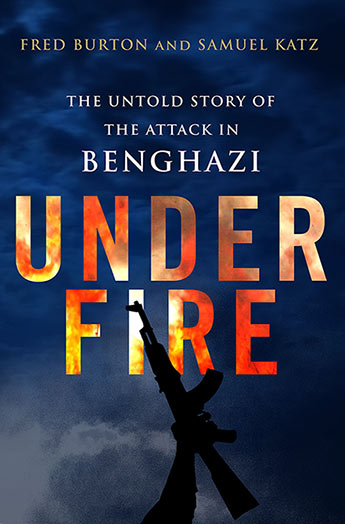 The untold story of the attack in Benghazi - soon to be an HBO film from the producer of Behind The Candelabra.

Benghazi, Libya. 9/11/2012. Just over a year after the fall of Gaddafi, and on the eleventh anniversary of the 9/11 attacks, a group of heavily armed Islamic terrorists had their sights set on the U.S. diplomatic and intelligence presence in the city.In the prolonged attack, four Americans died, including the American ambassador to Libya, Christopher Stevens, the Information Officer Sean Smith, and two former Navy SEALs, Tyrone Woods and Glen Doherty, working for the Central Intelligence Agency.Based on confidential eyewitness sources within the intelligence, diplomatic, and military communities, Under Fire is the terrifying account of that night, and of a desperate last stand amid the chaos of rebellion.
More books by this author

Fred Burton is a former State Department counter terrorism deputy chief and one of the world's foremost experts on security, terrorists and terrorist organizations. He is the author of a bestselling memoir, Ghost: Confessions of a Counterterrorism Agent, and Chasing Shadows: A Special Agent's Hunt to Bring a Cold War Assassin to Justice (Palgrave, 2011). Samuel Katz is an internationally recognized expert on Middle East security issues, international terrorism, and military special operations and counter-terrorism.