Chariots of the Gods? 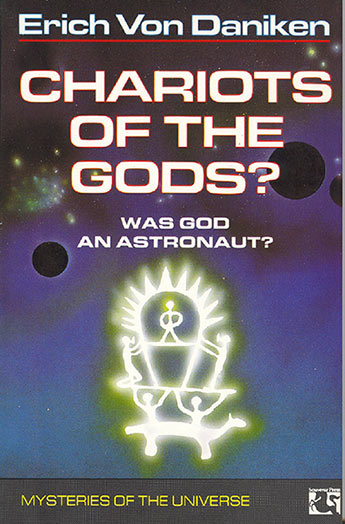 A groundbreaking work of speculation into the mysteries of the universe.

All over the world there are fantastic ruins and improbable objects which cannot be explained by conventional theories of history, archaeology, and religion.

Why, for instance, do the world's sacred books describe Gods who came down from the sky in fiery chariots and always promised to return? How could an ancient Sanskrit text contain an account which could only be of a journey in an alien craft? Compare photographs of American space centre launch sites to the constructions on the plains of Nazca in Peru.

In order to understand the mysteries which Erich von Daniken has catalogued we must go back to these ancient relics with an open mind. We must call in the resources and experience of sciences other than archaeology. Chariots of the Gods is a provocative attempt to explain some of the universe's most interesting mysteries.
More books by this author

Erich von Daniken was born on April 14th, 1935 in Zofingen, Switzerland. During his formative years at the renowned College St-Michel in Fribourg, Switzerland, Erich von Daniken immersed himself in ancient holy writings and unsolved archaeological puzzles. As a young gastronome, he began writing articles before eventually authoring his international best seller Chariots of the Gods. Erich von Daniken has held countless lectures and discussions at public forums and educational institutions. His 40 books have sold over 67 million copies and have been translated into 32 languages.