Revealing the Cosmic Battle Between Good and Evil 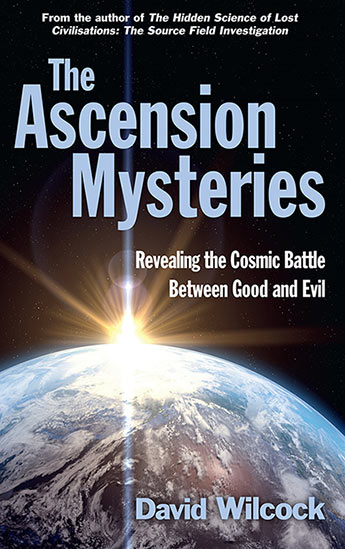 In The Ascension Mysteries, David Wilcock unlocked the mysteries mankind have always struggled to answer: who are we, how did we get here and where are we going?

Now, in The Ascension Mysteries, David Wilcock reveals that the earth is on the front lines of a battle that has been raging between positive and negative extraterrestrials for 500,000 years and he looks ahead to what this battle means. Follow his enthralling journey through the history of the universe and explore the great Cosmic Battle surrounding the Ascension of mankind.

Through his contact with a positive higher intelligence behind the UFO phenomenon, groundbreaking scientific information, and testimony about alien encounters and stargate travel from high-ranking government whistle-blowers David Wilcock is able to answer the central question of our time:

What does this battle mean for each of us personally?

By unifying ancient texts from a variety of religions with scientific data and insider testimony, The Ascension Mysteries presents his stunning revelation - the Earth is on the verge of a cosmic event that will transform matter, energy, consciousness, and biological life as we now know it and will finally defeat the great villains of our time.
More books by this author More books in this series

David Wilcock investigates ancient civilisations and new paradigms of matter and energy. He is the founder of DivineCosmos and over two million people have seen his documentary The 2012 Enigma.