The Wisdom of Water 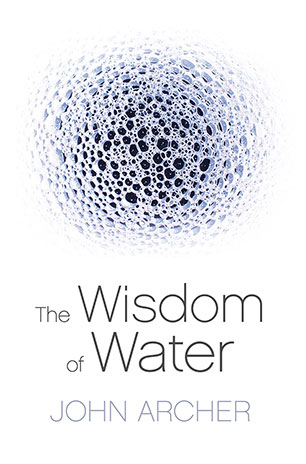 A lyrical look at water in all its forms, The Wisdom of Water explores the many mystical aspects of water, and why water has always been and remains precious beyond imagining.

For twenty-five years John Archer has been obsessed by water. His fascination has led him to remote temples where water is worshipped as a living deity, to hot volcanic springs and icy waterfalls, to limpid pools hidden deep in the forest.

John has drunk the water dinosaurs drank in the Jurassic swamps, sucked dew from the grasstree flowers at dawn, sipped the sulphurous healing waters of Sukayu in the mountains of northern Japan, and bathed in the legendary Golden Lotus tank at Madurai.

He has recorded the legends of water, studied its rituals, and worshipped it with reverence in holy places. He has listened to the rhythms of the waves on the shore, to the sound patterns of lakes, small streams and majestic rivers.

And now he distils his extraordinary discoveries in The Wisdom of Water, exploring the many beautiful and mystical aspects of water, and why water has always been and remains precious beyond imagining.

John Archer is an author of twenty books, including six on water preservation. His most recent book is Twenty Thirst Century.
More books by this author

John Archer has been writing bestselling books on architecture and water preservation since 1976. The author of twenty books, his most recent book is Twenty Thirst Century.