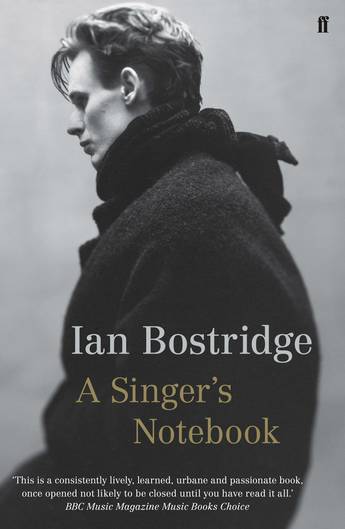 A Singer's Notebook by Ian Bostridge, of whom The New Yorker said, 'He is not a good singer; he is a great one.'

Ian Bostridge is one of the outstanding singers of our time, celebrated for the quality of his voice but also for the exceptional intelligence he brings to bear on the interpretation of the repertoire of the past and present alike. Yet his early career was that of a professional historian, and A Singer's Notebook takes a look at the multifaceted world of classical music through the eyes of someone whose career as a singer has followed a unique trajectory. Consisting of short essays and reviews written since 1997, some in diary form, it ranges widely over issues serious (music and transcendence) and not so serious (the singer's battles with phlegm), while inevitably discussing many of the composers with whom Bostridge has become identified, such as Benjamin Britten, Henze, Janacek, Weill, Wolf, and Schubert, composer of the Winterreise with which Bostridge has become so associated.

Ultimately it returns to the theme of his earlier work on seventeenth century witchcraft - what place can there be for the ineffable in a world defined by an iron cage of rationality?

Including a foreword by the eminent sociologist, Richard Sennett, A Singer's Notebook is an intriguing glimpse into the mind and motivation of one of Britain's best loved musicians.
More books by this author

Born in London, Ian Bostridge is universally recognised as one of the greatest Lieder interpreters of today. He has made numerous award-winning recordings of Lieder and gives recitals regularly throughout Europe, North America and the Far East to outstanding critical acclaim. He read Modern History at Oxford and received a D.Phil in 1990 on the significance of witchcraft in English public life from 1650 to 1750. His book Witchcraft and its Transformations 1650-1750 was published in 1997.