The Guitarist Who Changed the Sound of American Music 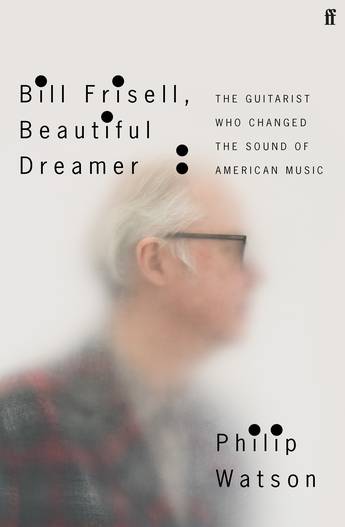 Over a period of forty-five years, Bill Frisell has established himself as one of the most innovative and influential musicians at work today.

Growing up playing clarinet in orchestras and marching bands, Frisell has progressed through a remarkable range of musical personas - from devotee of jazz master Jim Hall to 'house guitarist' of estimable German label ECM, from edgy New York downtown experimentalist to plaintive country and bluegrass picker. He has been a pioneering bandleader and collaborator, a prolific composer and arranger and a celebrated Grammy Award winner.

A quietly revolutionary guitar hero who has synthesised many disparate musical elements into one compellingly singular sound, Frisell connects to a diverse range of artists and admirers, including Paul Simon, Elvis Costello, Lucinda Williams, Gus Van Sant, Marianne Faithfull and Justin Vernon, many of whom feature in this book.

Through unprecedented access to the guitarist and interviews with his close family, friends and associates, Philip Watson tells Frisell's story for the first time.
More books by this author

Philip Watson was deputy editor at GQ and editor-at-large at Esquire, and has appeared on radio and television in the UK and Ireland. His in-depth features have appeared in the Telegraph Magazine, Guardian, Sunday Times, Observer, Irish Times, London Evening Standard and The Wire, and he has interviewed icons such as Nick Cave, Gil Scott-Heron, Elvis Costello, D'Angelo and many others. Bill Frisell, Beautiful Dreamer is his first book.