In Search of the Moments that Changed Music 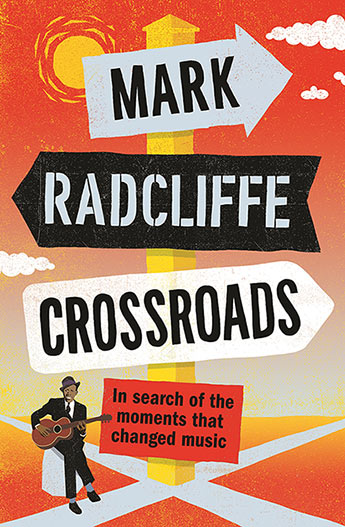 A personal reflection on the crucial turning points in the history of music, from BBC broadcaster and musician Mark Radcliffe.

Standing at the crossroads - the Mississippi crossroads of Robert Johnson and the devil's infamous meeting - Mark Radcliffe found himself facing his own personal crunch point. Aged sixty, he had just mourned the death of his father, only to be handed a diagnosis of mouth and throat cancer.

This momentous time in his life, and being at the most famous junction in music history, led Radcliffe to think about the pivotal tracks in music and how the musicians who wrote and performed them - from Woodie Guthrie to Gloria Gaynor, Kurt Cobain to Bob Marley - had reached the crossroads that led to such epoch-changing music.

In this warm, intimate account of music and its power to transform our lives, Radcliffe takes a personal journey through these touchstone tracks, looking at the story behind the records and his own experiences as he goes in search of these moments.
More books by this author

Mark Radcliffe was born in Bolton and attended Manchester University. He has been a broadcaster for the BBC for over twenty years, currently appearing as half of the Radcliffe & Maconie show for BBC Radio 6 Music. He has won 6 Gold Sony Awards plus Sony's Music Broadcaster of the Year 2009, and has recorded five albums with two bands. He has published two works of non-fiction, Thank You For the Days: a Boy's Own Adventure in Radio and Beyond (2009) and Reelin' in the Years (2011), and one work of fiction, Northern Sky (2005). He has three daughters and lives in Cheshire. @themarkrad