A Painter in Sound 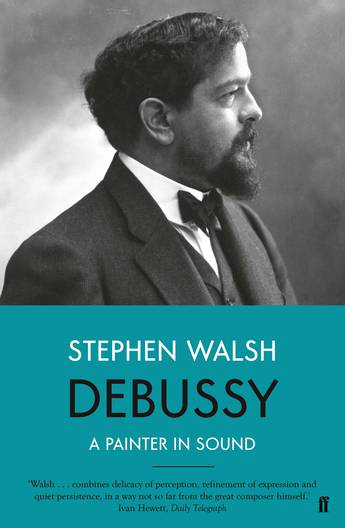 An accessible and thought-provoking biographical study of Claude Debussy (1862-1918), arguably one of the three or four most influential composers of the early twentieth century.

Claude Debussy was that rare creature, a composer who reinvented the language of music without alienating the majority of music lovers. He is the modernist everyone loves. How did he manage this? Was it through the association of his music with visual images, or was it simply that, by throwing out the rule book of the Paris Conservatoire where he studied, his music put beauty of sound above the spiritual ambitions of the German tradition from which those rules derived.

Stephen Walsh's thought-provoking biography, told partly through the events of Debussy's life, and partly through a critical discussion of his music, addresses these and other questions about one of the most influential composers of the early twentieth century.
More books by this author

Stephen Walsh is a Professor of Music at Cardiff University, and the author of several books on music, including Musorgsky and His Circle (Faber, 2013) which was shortlisted for the Pushkin House Russian Book Prize in 2014. The first volume of his major biography of Stravinsky - Stravinsky: A Creative Spring - won the Royal Philharmonic Society prize in 2000. Volume Two - Stravinsky: The Second Exile - was chosen by the Washington Post as one of the ten best books of 2006.

He was deputy music critic of The Observer from 1966 to 1985. He now reviews for theartsdesk.com website and broadcasts regularly for BBC Radio 3.