The Life and Music of Ravi Shankar 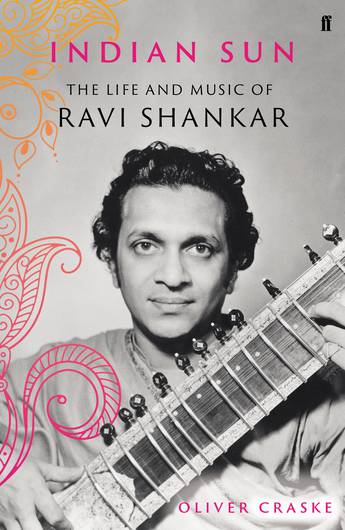 The first full biography of Ravi Shankar, India's most important cultural figure of the past century.

'...a beautiful book, as resplendent as its subject's music and life.' - Washington Post

'He wears his expertise lightly and his passion on his sleeve; a winning combination for a definitive work' - The Observer

Over eight decades, Ravi Shankar was India's greatest cultural ambassador who took Indian classical music to the world's leading concert halls and festivals, charting the map for those who followed. Renowned for his association with The Beatles - teaching George Harrison sitar - Shankar turning the Sixties generation on to Indian music, astonishing the crowds at Woodstock, Monterey Pop and the Concert for Bangladesh with his virtuosity. He radically reshaped jazz and Western classical music as well as writing film scores, including Pather Panchali and Gandhi, and transformed awareness of Indian culture in the process.

Indian Sun is the first biography of Ravi Shankar. Benefitting from unprecedented access to family archives, Oliver Craske paints a vivid picture of a captivating, restless workaholic, who lived a passionate and extraordinary life - from his childhood in his brother's dance troupe, through intensive study of the sitar, to his revival of the national music scene; and from the 1950s, a pioneering international career that ultimately made his name synonymous with India.
More books by this author

Oliver Craske is a writer and editor from London. Alongside a career as a book publisher, he has had a longstanding interest in Indian music. He first met Ravi Shankar in 1994, worked with him on his autobiography (Raga Mala, 1997), and was encouraged by him to write his full story after his death. www.olivercraske.com/