The Stories Behind the Songs 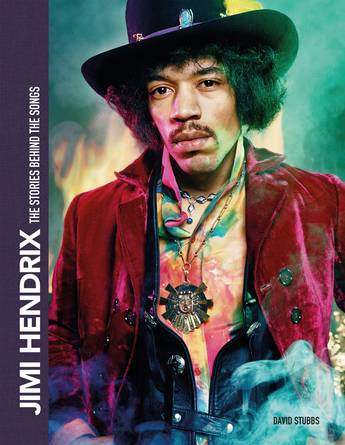 This updated, expanded edition of the book features new chapters on Hendrix's posthumous, previously unreleased material, including 2018's Both Sides Of The Sky.

In Jimi Hendrix: The Stories Behind the Songs, music journalist and author David Stubbs provides the definitive companion to Hendrix's recorded output, from the early years, including 'Hey Joe' and 'Purple Haze' through to his posthumously released trilogy that concluded with Both Sides Of The Sky.

Quite possibly the greatest solo rock artist of all time, Jimi Hendrix was the supreme physical and musical emblem of rock music. And although he was an immense guitarist, he also connected with audiences as a performer and a songwriter. Songs like 'Voodoo Chile' and 'Third Stone From The Sun' were the brilliant products of a dazed yet expanded consciousness, full of casual epithets which illuminated the era: 'May you never hear surf music again'; ''Scuse me while I kiss the sky'; 'Gonna raise my freak flag high'. Each one of them is explored, dissected and celebrated.
More books by this author

David Stubbs started working life as a staff writer for Melody Maker, and in recent years has written for Uncut, The Times, the Guardian, NME and GQ. His first and last musical love, however, remains Jimi Hendrix: a left-hander like himself and, unlike himself, a musical genius. David currently lives in London.