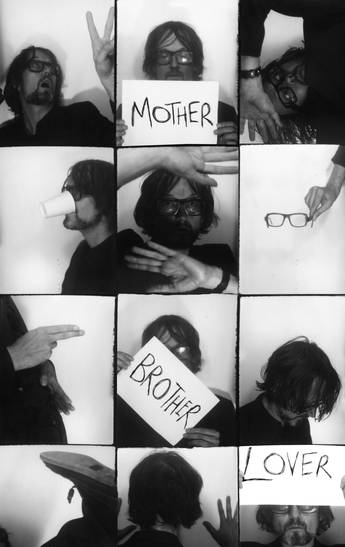 A selection of sixty-six lyrics, presented with commentary and an introduction by the man himself.

My breakthrough came when I stopped thinking, 'I've got to be profound' and started writing about everyday normal things.

Jarvis Cocker is widely regarded as one of the most original and memorable lyricists and performers of the last three decades. Here, for the first time, is a selection of sixty-six lyrics, presented with commentary and an introduction by the man himself.

In this volume, readers (and Pulp fans) will find such classic Jarvis lyrics as 'Common People', 'Disco 2000', 'Babies', 'This is Hardcore' and 'Do You Remember the First Time?' The selection, assembled by the author, reveals a sensibility that is unmistakeably Jarvis: a sometimes visceral, sometimes everyday take on love, relationships and the things we do to each other when the lights get low.

Mother, Brother, Lover takes the reader on a thirty-year tour into the life, art and preoccupations of one of the great British artists of the late twentieth century. Shocking, sharp, clever and funny, it is a beautiful collection of lyrics and commentary.
More books by this author

Jarvis Cocker has been making music for two-thirds of his life. Two dozen of these years (1978-2002) were spent in Pulp, a group with whom he enjoyed most of the experiences you can have as the singer in a band. Over this time, Jarvis went from being the quintessential outsider to being one of the most recognised and cherished figures in Britain. He brought a rare, bookish wit to the pop charts, and cut an original dash in a rock'n'roll world often dominated by reductive cliche