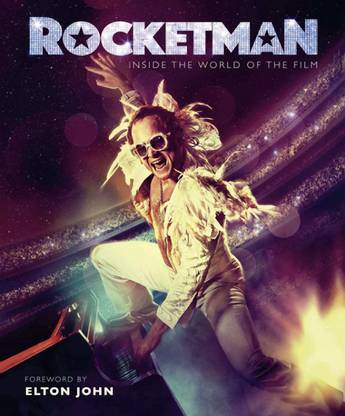 Rocketman: Inside the World of the Film contains a wealth of amazing photographs from throughout the development and shooting of the movie as well as quotes and interviews from the cast and crew. The book provides a fascinating insight into how the film was made, including locations, choreography, costumes and - of course - the music.

The official book of the epic motion picture Rocketman

With a foreword by Elton John, and exclusive images from the film, Rocketman goes behind the camera, offering insights into the casting of Elton John (Taron Egerton), Bernie Taupin (Jamie Bell), John Reid (Richard Madden) and Sheila Farebrother (Bryce Dallas Howard), as well as the costumes, the sets and the music that brought to life Elton's colourful, troubled and meteoric breakthrough years
More books by this author

Malcolm Croft is a celebrated author and music journalist. He has worked with many of the world's most important bands, including the Flaming Lips, Coldplay, The Verve and many others. He is the author of over 15 books on popular culture and music.