Michael Jackson in the Afterlife 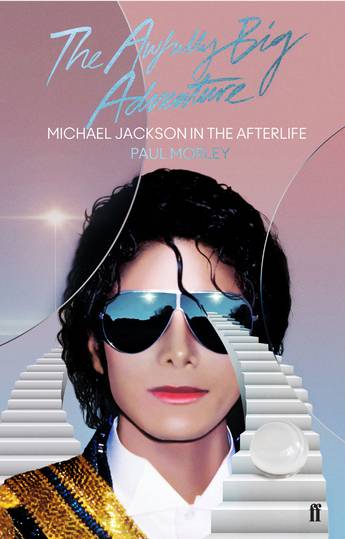 This haunting, tragic exploration of Michael Jackson's life by acclaimed author Paul Morley is a backlist gem published for the tenth anniversary of the singer's death.

Michael Jackson died on June 25 2009 in Los Angeles, from of acute propofol and benzodiazepine intoxication (according to Wikipedia). The one-time King of Pop was preparing for one last assault on the mainstream with a proposed 50 night run of shows at the 02 (thereby trumping his arch-rival, Prince, who had just concluded his legendary 21 Nights). His exhaustion, paranoia and general ill-heath were an open secret. He had lived many lives and inhabited many bodies; PT Barnum, Fred Astaire, and Peter Pan in one mortal coil. His death was mourned by hundreds of millions of fans but it was almost as if he had been dead for some time already. And in his death, in vivid technicolor, we relived the dreams, nightmares, fantasies, and perversions that we had all projected on to him as a celebrity for four decades.

Paul Morley's short biographical portrait of Michael Jackson looks at how we turned the most outrageous child star talent of the late 20th century into a monster; how his decline soundtracked the end of Pop and the end of American Imperialism; how his once staggeringly modern and funky music became secondary to the dysfunctional freak show of watching a vulnerable man literally disintegrate. Tender, erudite, and provocative, Morley's monograph documents a tragedy that is so Shakespearean in scale that it obscures the legacy of the last of the great Song and Dance Men. It is poignant and wild, melancholy and obsessive, cannibalising itslef in ever decreasing circles of enquiry. This is a rare piece of pop cultural alchemy that cuts through the myth in a way that only a writer as great as Paul Morley could do.
More books by this author

Writer, broadcaster, and cultural critic Paul Morley has written about music, art, and entertainment since the 1970s. He wrote for the New Musical Express from 1977 to 1983 and has also been a band manager as well as a television presenter. A founding member of the electronic collective Art of Noise and a member of staff at the Royal Academy of Music, Morley is the author of Ask: Chatter of Pop; Words and Music: A History of Pop in the Shape of a City; Piece by Piece: Writing About Joy Division 1977-2007; Earthbound; The North; and Nothing,while he also collaborated with Grace Jones on her memoir, I'll Never Write My Memoirs. Morley's most recent book is the Sunday Times bestseller and Radio 4 Book of the Week The Age of Bowie.