The Second Summer of Love

How Dance Music Took Over the World 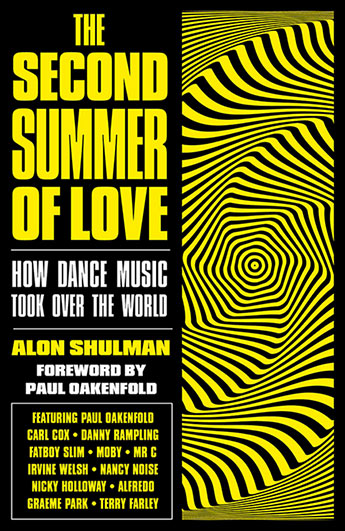 The story of the birth of acid house and dance music in the UK - as told by the men and women who made it happen.

In 1987, four friends from London, Paul Oakenfold, Danny Rampling, Nicky Holloway and Johnny Walker, took a week-long holiday to Ibiza. What they saw there, and brought back home, would give rise to a new global music and counterculture movement.

As the eighties drew to their close, with Thatcherism holding the nation tight in its grip, something funny was happening right across the jungle of Britain's nightlife scene. People were dressing down, not up, to go to clubs. And they were dancing right through the night armed seemingly with only bottles of water. Ecstasy and acid house music had arrived on British shores, and a tribal battle between for the moral future of the nation, between the youth and the establishment, had begun.

In The Second Summer of Love, author and dance music promoter Alon Shulman uses exclusive contributions from the world's biggest DJs, including Paul Oakenfold, Carl Cox, Fatboy Slim, Moby, The Prodigy, Boy George and many others to faithfully recreate the story of the summers of 1988 and 1989, and chart the birth and rise of Acid House, dance music and club culture right through to the modern day.

Complete with stunning unseen photographs, this is the first authentic account of what really happened in that glorious period - from the politics and the people to the music, the drugs, the fashion and the culture - told by people who were there, as they bring to life the creation of an underground scene which inadvertently altered the course of modern global youth culture forever.
More books by this author

Alon Shulman is an award-winning festival, club and live experience promoter and producer who has worked with many of the biggest DJs and live acts in dance music. Owner of the pioneering dance music brand Universe™, he is also the founder and CEO of the World Famous Group - a multimedia entertainment company focused on an event and activation-based content generating business, alongside management, production, promotion, recording, and an entrepreneurial hub. He acts as a special advisor, strategist and consultant to a number of brands, special projects, individuals and organizations. He lives in London with his wife and three children.