A Life with Music, War and Peace 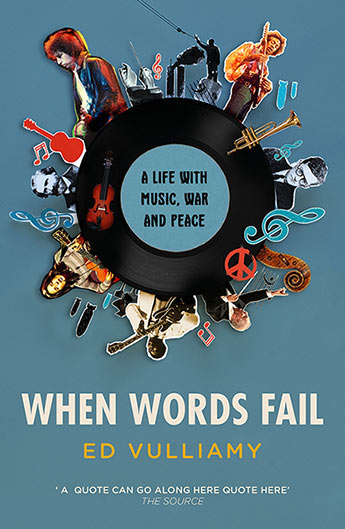 Built around 16 life-changing gigs and concerts, a passionate investigation of the charged frontier between 20th century music and politics.

Can music make the world a better place? Can it really 'belong' to anyone? Can the magic, mystery and incertitude of music - of the human brain meeting or making sound - can it stop wars, rehabilitate the broken, unite, educate or inspire?

From Jimi Hendrix playing 'Machine Gun' at The Isle of Wight Festival in 1970 to the Bataclan under siege in 2015, Ed Vulliamy has lived the music, met the legends, and asked, when words fail, might we turn to music? There's only one way to find out, and that is to listen...
More books by this author

Ed Vulliamy is the author of Amexica and The War is Dead: Long Love The War. He has been an Observer journalist for 20 years and is the author of the Sgt Pepper's Lonely Hearts Club Band 50th anniversary liner notes.