101 Marvellous Movies You May Have Missed 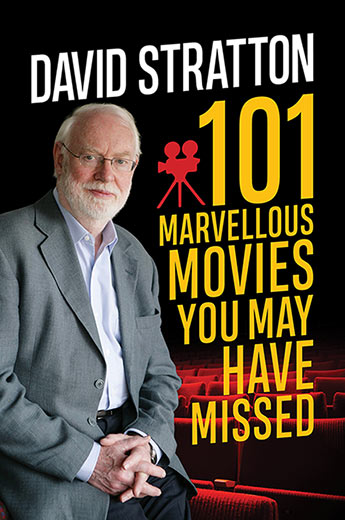 Avoid spending hours trawling Netflix for the perfect film to watch, and take the recommendation of one of the world's most experienced film critics.

Are you tired of trawling through movies you don't recognise on Netflix? Sick of reading short film descriptions that sound boring? Don't know what to watch next?

Let leading film critic David Stratton introduce you to 101 movies that you probably haven't heard of, and tell you why they are worth seeing.

David Stratton's selection of overlooked gems includes movies from such well-known directors as David Lynch, Ang Lee and Sidney Lumet. They star popular actors such as Colin Firth, Meryl Streep, Sean Connery, Cate Blanchett, Clint Eastwood, Reese Witherspoon, Paul Newman, Emma Thompson and Jake Gyllenhaal. They include comedies, thrillers, westerns, musicals and romances, and were produced from the 1980s through to the past few years.

A perfect gift for anyone who relishes a cosy night at home with a good movie.
More books by this author

David Stratton AM is an award-winning film critic, film historian and lecturer, television personality and producer. He has served as President of the International Critics Jury for the Cannes and Venice Film Festivals, and was for 28 years co-host with Margaret Pomeranz of SBS's The Movie Show and ABC's At the Movies. A former critic for international film industry magazine Variety, he currently writes for The Australian. He is author of two books on film The Last New Wave and The Avocado Plantation, and a memoir I Peed on Fellini.