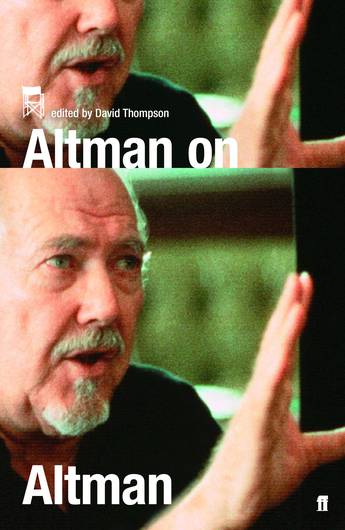 In his own words, one of American cinema's most incorrigible mavericks reflects on a brilliant career

In his own words, one of American cinema's foremost mavericks - the man behind M*A*S*H*, Nashville, The Player and Gosford Park - reflects on a brilliant career.

Robert Altman found fame in 1970 with M*A*S*H*, the hit comedy about a Korean War medical unit. The 1970s became Altman's decade, a string of masterpieces including McCabe and Mrs Miller, The Long Goodbye and Nashville, his brilliant ode to America's bicentennial. In the 1980s Altman struggled to fund his brilliant work but never sold out or went under, and in 1992 The PlayerShort Cuts and the Oscar-winning Gosford Park have further cemented his reputation.

David Thompson is the director of many acclaimed documentaries about a diverse range of films and filmmakers, from Vittorio Storaro and Jean Renoir to Josef von Sternberg and Busby Berkeley. He has co-edited Scorsese on Scorsese and edited Levinson on Levinson.