The Lives and Letters of the National Theatre 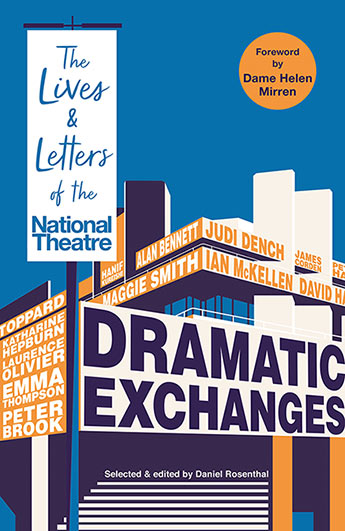 A unique collection of correspondence between the most celebrated actors, directors and playwrights of the past 50 years.

'Beautifully printed and illustrated ... quite simply the greatest collection of theatre letters that has been published.' - The Australian

There has been always as much drama offstage as on at the National Theatre, and much of it is to be found in the letters, telegrams, scribbled notes and colourful postcards of its main players.

- What drove Laurence Olivier to confess: 'The foolishness of my position starts to obsess me'?
- Why did Maggie Smith write: 'I am absolutely heartbroken by your decision'?
- What prompted Judi Dench to ask: 'Can't you write me a musical so that I can sit on a chair in a fur hat & nothing else and sing RUDE songs?'

This book brings together for the first time over one hundred of the most inspiring, dramatic and amusing letters from the life of Britain's most beloved theatre: from Laurence Olivier's gracious rejection letters to Peter Hall's backbiting memos; from Helen Mirren's impassioned defence of theatrical innovation to a Tory politician's brutal telegram damning a play; from fantastical good luck missives to long conspiratorial letters. Together, they reveal the stories behind some of the most lavish, triumphant, daring and disastrous productions in the theatre's history, including Amadeus, Romans in Britain, Laurence Olivier's Othello, Closer, The History Boys and The Curious Incident of the Dog in the Night-Time. A rich collection of correspondence like no other, this book offers a fascinating and celebratory look at the world of theatre and beyond.
More books by this author More books in this series

Daniel Rosenthal is a writer and lecturer. He has written on theatre and film for The Times, Independent and Observer, and his previous books include the award-winning The National Theatre Story, 100 Shakespeare Films and Student Editions of David Mamet's Oleanna and Patrick Marber's Closer. He has chaired 30 National Theatre Platforms and is Associate Producer of the BBC 4 Arena documentaries on the NT.